Sell Your Property
FIND YOUR PROPERTY

Success We Have Received Your Property . Our Team Will Contact With You Soon.

Bahria Town phase 8 includes residentials and commercial plots of various sizes. Bahria town has integrated the main road network of phase with the main road projections of dha phases 1 to 3, master planning at its very peak.

Bahria Town Phase 1-7 Includes many plots various size. Being the earliest projects, Phase 1 to 7 have benefited from all the following developments of bahria with every new idea in landscaping, every new monument design

Bahria Town Phase 8 extension is a good project for investment in bahria town.it is situated near Awami villa sector 3,.This project is divided into 6 sectors.In future Ring Road will connect Rawalpindi to phase 8 extension . 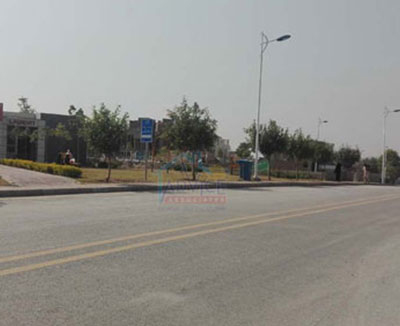 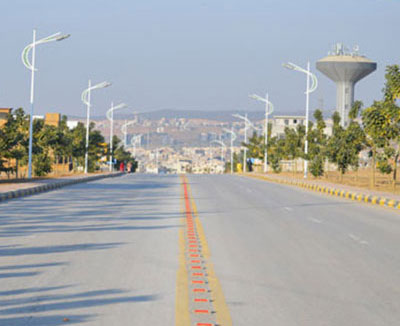 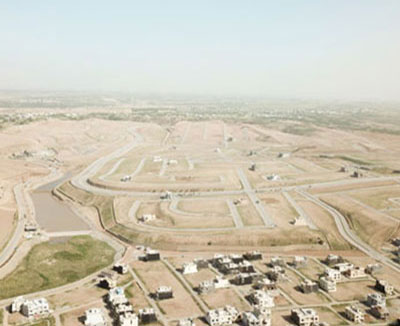 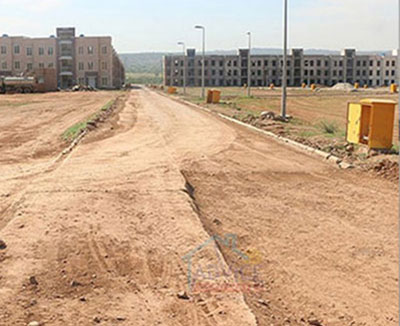 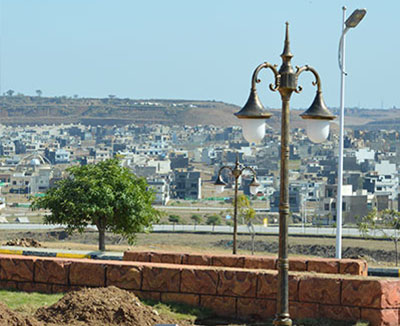 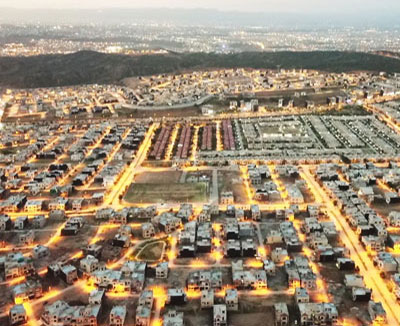 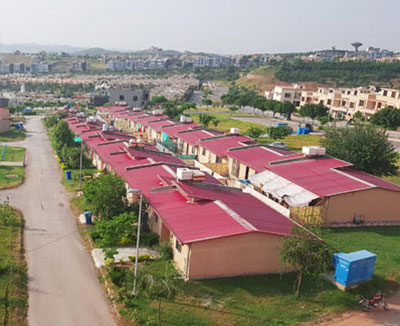 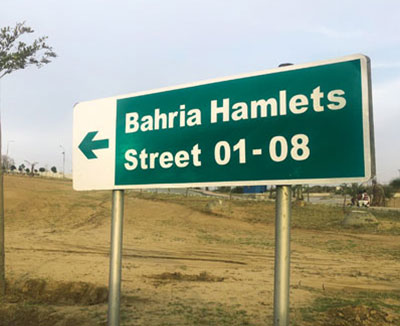 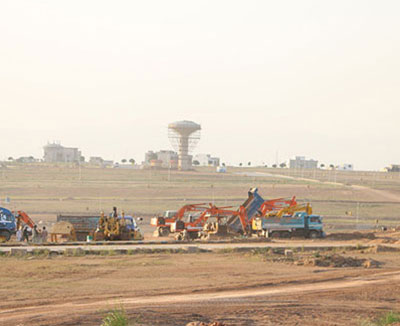 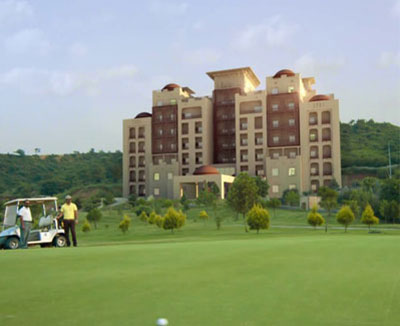 Galaxy Mall in Bahria Town Islamabad is a commercial project that will turn into one more business center point after Centaurus Mall and Giga Mall in twin urban communities. The shopping mall is set to bring all of the main international and local retail marks under one rooftop giving an exceptional customary yet modern shopping experience. Galaxy Mall covers an area of 12 Kanal situated on GT Road Rawalpindi near the main gate of Bahria Town Phase 1-6. This project is approved by Bahria and RDA developed by Khurram Property Zone.   Galaxy Mall is viewed as the most secure investment in twin cities connected with the main regions and spots. Investors have as of now been showing a lot of interest in the venture. The Mall will be the best center of business exercises in its area, offering generally local and international brands under one rooftop. Galaxy Mall Location: Galaxy Mall Bahria Town Islamabad Location is extremely ideal as it is located at GT Road in Bahria Town Islamabad. The success or failure of any real estate project depends on its location and that’s why owners choose the location near to GT Road. Galaxy Mall is situated in Bahria Paradise, at the entrance of Bahria Town Phase 4 on main GT Road. Galaxy Mall Payment Plan:

“Galaxy Heights” is offering your own dream apartment located at main GT Road among twin cities.   This one is included in fabulous (KPZ) Khuram Property Zone projects. This project will be created on a Victorian Architectural theme. Well received; this project provides Shops and Flats for Sale in Islamabad. It is a state-of-the-art project with pre-existing infrastructure. Shops are the best investment in Pakistan to start your business but you will also find the best luxury apartments for residence there. This mixed-use residential and commercial unit is a great combination of modern living and will also provide you with the best shopping experience. Indeed, this unique architectural project gives you a great opportunity to redefine the living experience you dream of. Another interesting feature is the low prices. Yes, right now, this project is in its pre-launch phase. Therefore, prices also make sense to buy attractive properties AVAILABLE GALAXY HEIGHTS PROPERTIES FOR SALE:   This luxury project offers wonderful properties at the best prices. Available properties for sale are discussed below: Commercial Shops 1 Bed & 2 Bed Luxury Apartments Corporate Offices   GALAXY HEIGHT LOCATION:   This project is ideally situated near the main GT Road, Bahria Town Rawalpindi. Galaxy Heights will be the best investment in Pakistan in 2021. Moreover, Project is situated on the left from Bahria Town Entry Gate. Primarily, It is located in Bahria Town Phase 4 Islamabad.   GALAXY HEIGHTS PROJECT COMPLETION DATE?   In most projects, the project is sold at an early stage in which the construction work is zero. That is promised to deliver in the future at the time of booking but they often don't keep their promises. In the case of Galaxy Heights situation is very different because the grey structure is almost 85% complete. Developers are working day & night, it will be ready long before its time & there will be no compromise on quality. Construction on this project has been completed up to 5 floors despite this; we are offering a three-year payment plan. This project will be completed in June 2023 for possession.   Why do we invest in Galaxy Heights?   We sell inventory that’s why if you look at our financial benefits we offer discounts to our customers. The big example of this project is that its price is 60% less than the surrounding projects like ramada hotel Islamabad and Best Western Hotel Islamabad. We are committed to delivering the possession of genuine inventory on a committed time frame.         WHY YOU SHOULD SELECT GALAXY HEIGHTS?   You have a whole arcade in Lahore Inside the three floors are our commercials which will have shops and remaining floors will have apartments. Apartment living is recognized as the modern living in the market at that time. It is not only economical but also very easy for a small family to maintain it. You can easily make a living with your family and afford this investment in your apartment.   GALAXY HEIGHTS CONSTRUCTION PLANNING   Building will be open from all sides There will be open space for Parking Its entrance will be from main GT Road directly Approved by CDA   A premium site surrounded by a commercial and business hub in Bahria Town, Rawalpindi The renovation and upgrading of the high ceilings will be a site operation that ensures a high-quality luxury experience A project of two major players in the construction industry - KPZ Developers and Bahria Town - and predicted to be completed in the next 2 years With the variety of products offered, Galaxy Heights is expected to use a healthy environment for families, foodies, consumers and business employees. Available for a simple 3-year installment plan at a low payout of 25%, which includes very low prices Connected to all major city areas, the Galaxy Mall caters to a diverse audience in twin cities Guaranteed monthly rent up to 0.7% in full payment   GALAXY HEIGHTS FACILITIES:   Children’s Play Area Branded Shops Fine Dining Restaurants Basement Parking Health and Fitness Club

DHA valley Islamabad is a residential project initiated on 18 august 2008. It is the joint venture of DHA Islamabad, Bahria Town Islamabad, and Habib Rafiq (Pvt) restricted. The general public has to work with individuals by giving loaded with extravagant living style including a protected gated local area with all essential necessities for example Power Supply, water, gas. Moreover, schools, medical clinics, and a terrific Jamie mosque society have become obtain more worth. Besides, the heap of lovely parks and greens are the fascination of society. It turns out to be simple for all home searchers from profoundly rich to less fortunate.   GOOD NEWS FOR ALLOTTEES OF DHA VALLEY   DHA Valley is very important for allotees at this time because the price is very high And this is not the first time in the history of DHA that the price has gone up, sometimes down, sometimes up, and sometimes down. But at the moment the price is at that level, it is very rare for the price to go to that level   SHOULD WE BUY OR SELL DHA VALLEY FILES/PLOTS?   Sell your files and make a profit as this is your second chance at history. For the first time, when the installments of Dha Valley were to be completed in 9, people thought that now we would get possession. So because of that, the prices would go up a lot. This was the first time that the perks would have doubled to triple. But people did not sell at that time because they hoped that we would get the plot. However, DHA failed to deliver the plot, after which the plots were reversed and reduced to minus.   Repeatedly, the rate kept increasing and decreasing. Then, when Bahria started merging in DHA Valley, the rate was about Rs. 4 lakh profit. After that, the game of merging ended and the rate reversed again and came to minus. Now the rate has increased historically. I would advise people to sell their files and leave.         REASON FOR SUCH RISE IN DHA VALLEY PRICES   The main reason for this is that there is a Sur Charge Waive here. 2-3 files were open on a daily basis. Many files used to have Sur Charge charge. DHA charge was waived and the files were opened. For the last four months, DHA Valley Islamabad had stopped this Surcharge policy Now 2-3 files are available daily for opening, but when their charge is not waived, you should understand that it is on the table of General Sahib. Either DHA Islamabad would have flatly denied that the policy was over and the charge would not be waived. But DHA is receiving applications i.e people hope that if not today then tomorrow our charge will be waived. Now you understand that where there used to be 50 files per day, now there are 5 files per day. Now investors think that there is a shortage of files in the market, so they made cartons and collected the files. They had created the seen of balloting And the file rates have gone up a lot. Now they have achieved their goal. They bought the files at a negative rate and now they have brought them here and sold the files and left on their own.   Will DHA VALLEY NOW WAIVE THE SURCHARGE? Now the DHA Union Raka is in talks with the Lahore management, thanks to which the charge has been waived since last Monday.   WILL PRICES FALL AGAIN AFTER THE AMNESTY IS RESTORED? Yes! The prices will decrease day by day. There are thousands of files on the general sahib's table that are now available in the market on a daily basis due to which the prices will decrease “Today the rate is Rs 5-6 lakh in profit, so I will ask people to make a profit, If you want, you can buy files or plots again in the next few months when prices fall”   DHA VALLEY VS BAHRIA TOWN The record-high prices in Lahore that have been recorded in months may be fading and soon they will be reduced. So the safest investment for investors is here to invest in Bahria Town. If one wants to build a house or take a plot with the intention of investing, then Bahria Town will be the best choice for him in both cases. WHEN WILL THE DAH VALLEY BALLOTING TAKE PLACE? Nothing can be said yet regarding DHA Valley Balloting. On the occasion of every special day like 14 august & 6 September, it is spread by the people that now there will be balloting in DHA Lahore. But All that news is fake.

Advice associates is the only Estate Agency of Bahria Town & Gulberg Islamabad Islamabad which provides online guidance and assistance to sellers and buyers in marketing and purchasing property of bahria town for the right price under the best terms. We determine client needs and financial abilities to propose solution that suit them. We also provide construction facilities to our clients. When you choose advice associates for building your dream house, you can be sure your new house is a world class property.